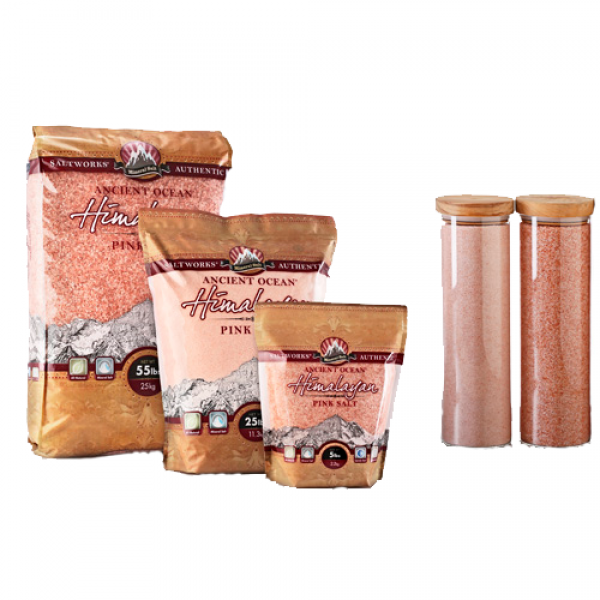 This pink salt is harvested in the Himalayas and gets its color from calcium, magnesium, potassium, copper and iron, known as trace minerals. These are the minerals that supposedly bring about the health benefits. In order to benefit from the recommended daily amount of potassium, for example, you would need to eat an entire kilogram of the pink salt.

Where Himalayan salt differs from regular table salt, however, is the sodium and iodine content. Table salt contains added iodine, which is necessary for thyroid function and metabolism. In contrast, choosing Himalayan salt may actually help you consume less sodium - a quarter teaspoon serving of table salt contains 600 milligrams of sodium, whereas the same quantity of pink salt contains 420 milligrams. Even though the benefits of Himalayan salt aren't evident, by eating pink salt you are able to avoid the negative side effects of eating too much sodium, namely high blood pressure and a higher risk of heart attack or stroke.

Fans of Himalayan salt claim it contains additional minerals and nutrients that can regulate the water content in your body and promote sinus health, among other benefits. However, these claims are widely rejected by the medical community since the salt does not contain enough nutrients to make a difference.